Offers are for a limited time, subject to availability, and may not be combined with any other discounts.

On a past Bare Necessities cruise, a passenger asked a local gentleman if it was okay to be nude on the beach. The gentleman shrugged and said, “Of course. This is Croatia!”

Stories like this one are why we’re so thrilled to be wrapping up our two-week summer cruise on the Royal Clipper in Croatian ports. In Dubrovnik, Lokum Island is located nearby and easily reached by ferry. A restaurant is located in the former monastery and walking routes around the island are marked. The nude beach is at the south-eastern end of the island. Boats leave every half hour from the Porporela, the and breakwater, in Dubrovnik’s Old Harbour. The boat ride is 15 minutes and costs about 5 Euro.

We are in Dubrovnik until midnight, which gives us plenty of time to take in the historic sites as well as a dip in the refreshing water. Beaches in Croatia tend to be rocky so passengers should be sure to bring beach shoes and perhaps an extra towel for padding. 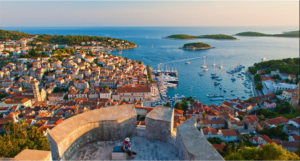 The island of Hvar is famous for its nightlife. Luckily, we’ll be overnighting in this port. It also has the nearby Pakleni Islands which have beautiful nude beaches.

Amo Beach on Jerolim island is 5 minutes away by the taxi boats that leave every hour from Hvar Harbour. Clear seas, pine trees, and naturism combined with an all-day restaurant offering homemade food and excellent service make this a unique summer experience in Hvar.

On the island of Marinkovac, there is a nude area called Stipanska. It can also be reached by taxi boat from Hvar Harbour. It has wooden deck chairs, parasols, a swimming pool, and volleyball courts. There is also a restaurant, lounge, and cocktail bar. Nearby, Carpe Diem Beach organizes very popular nightly entertainment, such as beach parties run by world-famous DJs.
You could also take a kayak excursion organized by the ship that stops at a nude beach. More information about the excursions offered by the ship will be emailed to passengers soon and they can be purchased once they’re on board. 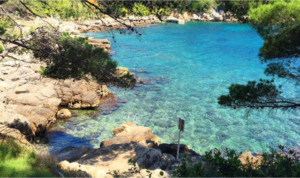 In Split Croatia, there will also be a kayak excursion that spends some time at a nude beach. However, the next stop in Rab has a world-famous nude beach called Kandarola where a certain king Edward the VIII and Wallis Simpson took a skinnydip. It is easily reached by taxi boats from Rab. Its beach facilities include a restaurant, deck chairs, and parasol rentals as well as showers and toilets. If you’d like to hear about this history of Rab, check this out.

Please take a look at the
full itinerary for the summer cruise on the Royal Clipper. It’s not too late to join us as there are a few staterooms still available. 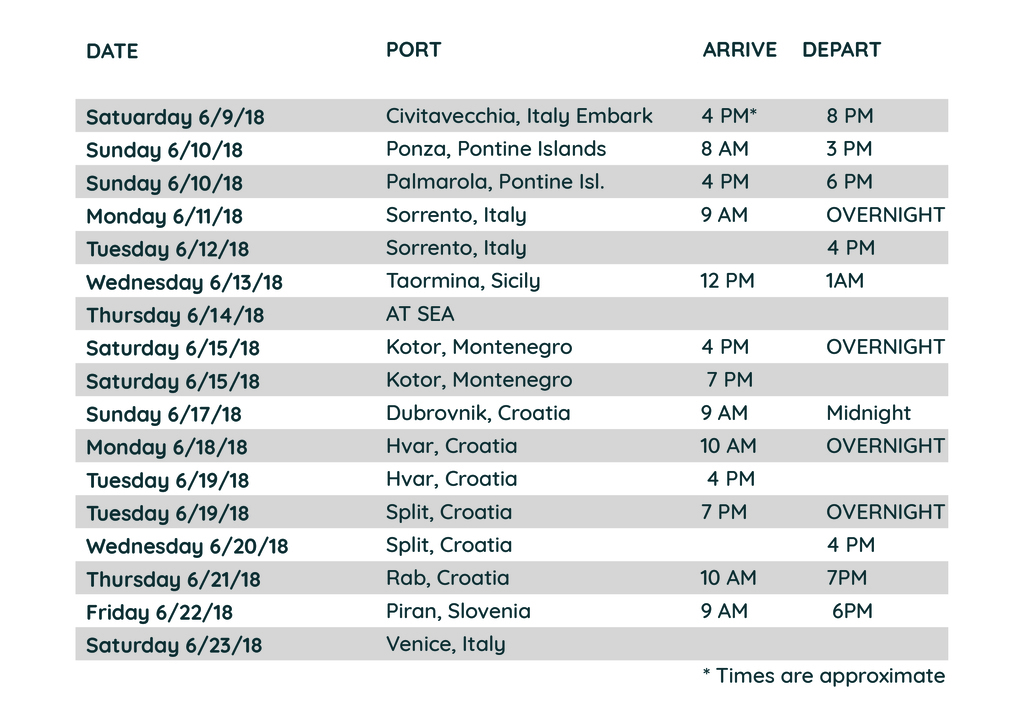 If you are not at least 18 years old please exit. If you wish to continue click “Accept”.